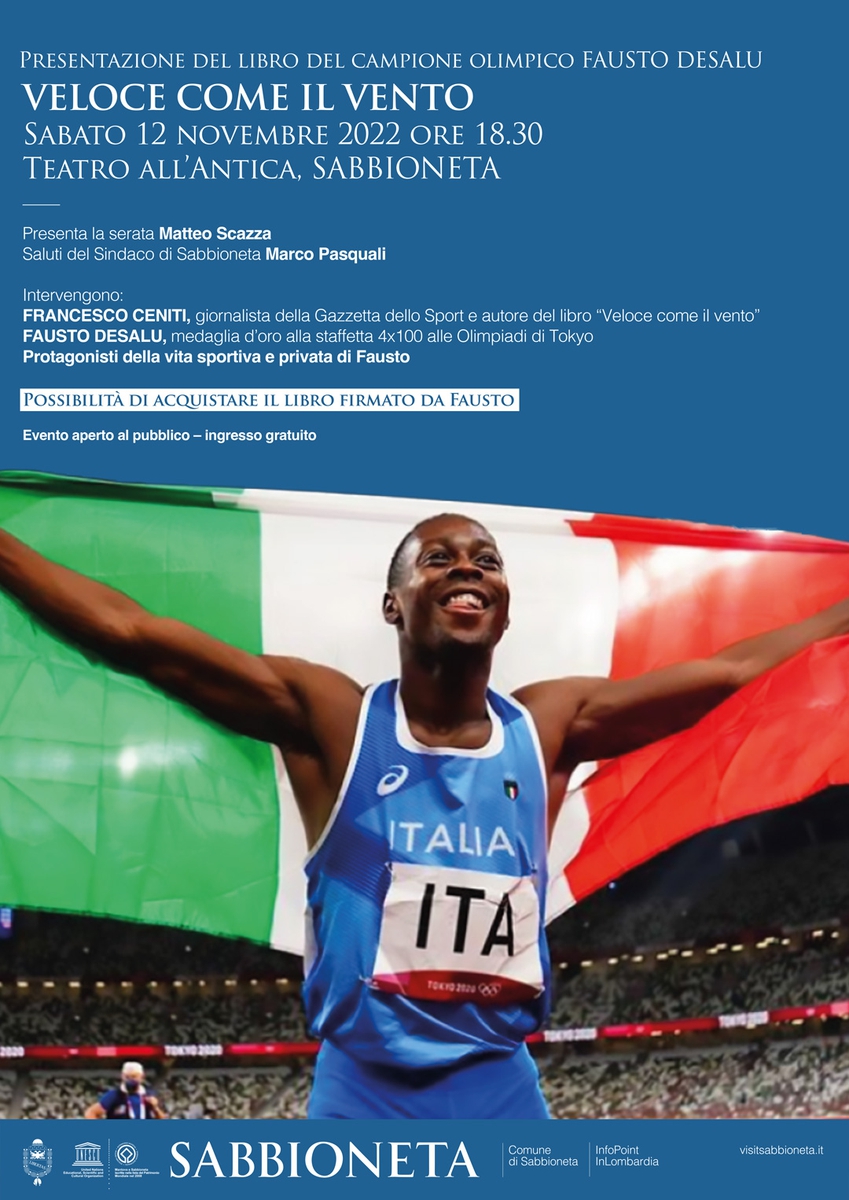 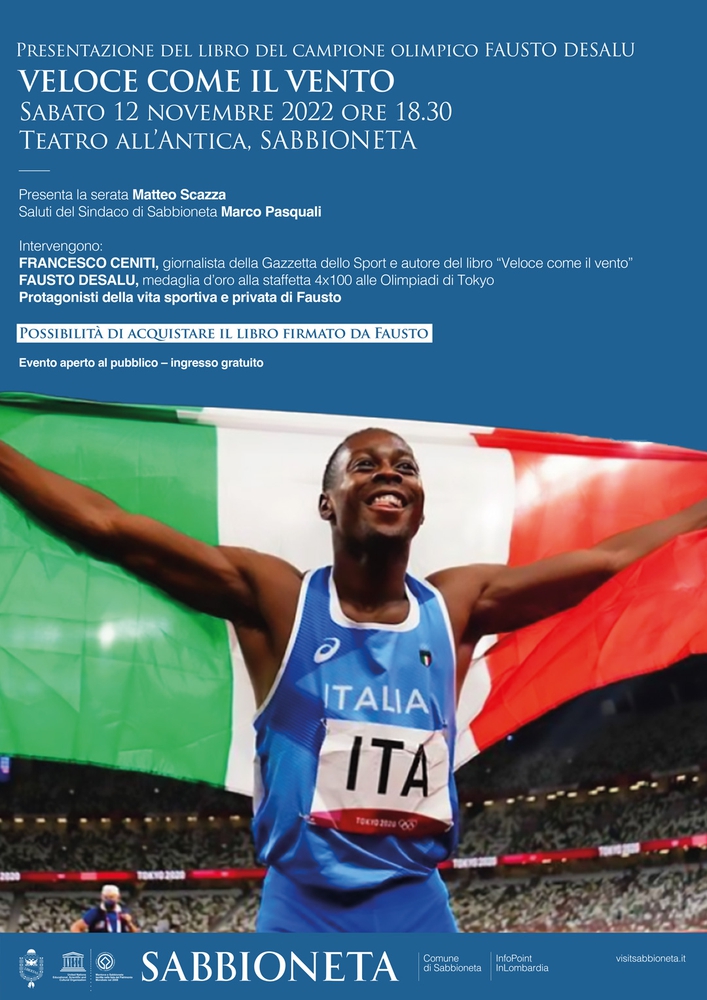 Saturday 12 November, at 6.30 pm, Sabbioneta embraces its Olympic champion Fausto Desalu. The gold medal of the 4x100 relay race of the Tokyo Olympics presents his book "Veloce come il vento", published by Baldini + Castoldi, in the Teatro all'Antica in Sabbioneta, also known as the "Olympic Theater".

Presenting the evening will be Matteo Scazza, the historical face of the Sabbione sports associations. It will be he who will lead those present through the pages of the text, with an interview with the author Francesco Ceniti, journalist of the Gazzetta dello Sport, also involving some of the most significant local protagonists of Fausto Desalu's sporting and human story. The book dedicates a lot of space to the Sabbione events - and especially those linked to Breda Cisoni - of the life of Fausto, who took his first steps as a sports enthusiast in Breda.

During the evening, open to the public with free admission, it will be possible to purchase the volume autographed by the Olympic champion, available for photos and "signature copies". Sabbioneta therefore embraces his champion again, after the party evening organized in the summer of 2021 in the center of Breda Cisoni, upon Fausto's return from his Tokyo experience.