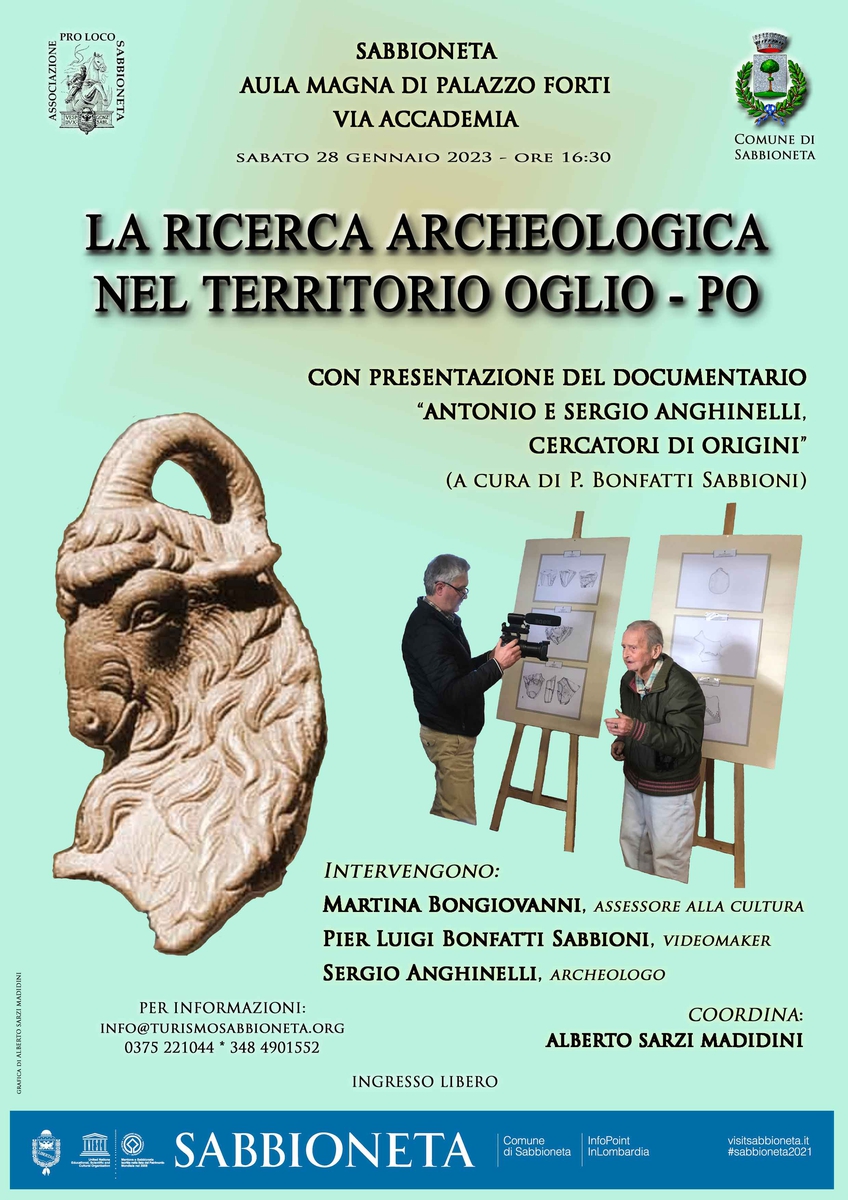 Archaeological research in the Oglio - Po 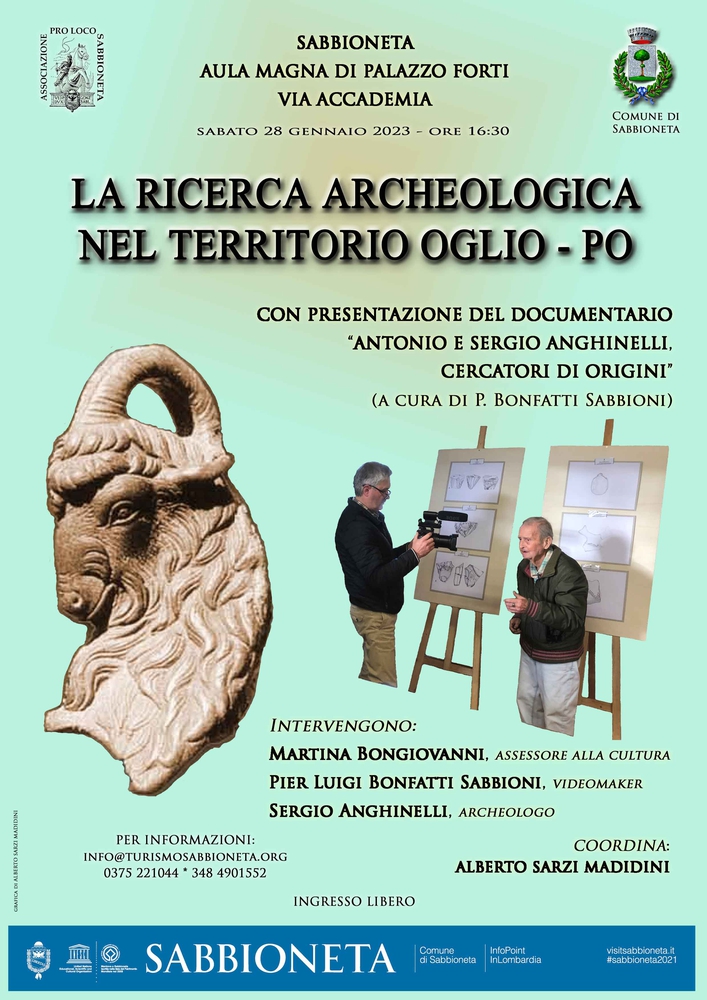 Archaeological research in the Oglio - Po

The territory between the Oglio and Po rivers is rich in anthropic evidence covering a time span whose beginning can be traced back to the most remote antiquity. The two rivers have always represented a strong element of attraction not only as a source of water or a fishing spot, but also as a fundamental axis for the movement of people and for the transit of goods and raw materials.

This district is among the most investigated from an archaeological point of view above all thanks to the research and studies of the Viadanese brothers Sergio and Antonio Anghinelli (the latter passed away in 2019), they were among the greatest archaeologists in Northern Italy. Sixty years of passionate research, excavations, studies, cataloguing, have allowed them to discover a lot about our ancestors and for this activity the Archaeological Superintendence of Lombardy has appointed them "Honorary Inspectors".

"Antonio and Sergio Anghinelli - seekers of origins" is the title of a documentary, made by Pierluigi Bonfatti Sabbioni with the collaboration of Costantino Rosa, which introduces the extraordinary adventure of archeology and tells the story of the two formidable brothers who plumbed all the Oglio Po district and also Trentino, gaining esteem and high-profile honors until obtaining the title of Knights of the Republic.

The documentary reports interviews with Sergio, testimonies taken from archival video materials on the figure of Antonio, conversations with collaborators of the two archaeologists such as Arcangelo Pirovano and the artist Brunivo Buttarelli. This documentary, commissioned by Costantino Rosa, Ilario Mastellini and Arnaldo Zaffanella, honors the Anghinelli brothers whose cultural significance in the Oglio Po area has perhaps been underestimated.

The presentation, coordinated by Alberto Sarzi Madidini, will be held on Saturday 28 January at 16:30 in the Aula Magna of Palazzo Forti in the presence of Sergio Anghinelli, Martina Bongiovanni councilor for culture of the Municipality of Sabbioneta and the video maker Pierluigi Bonfatti Sabbioni. Admission is free, for any information contact the Infopoint (0375 221044 – [email protected])