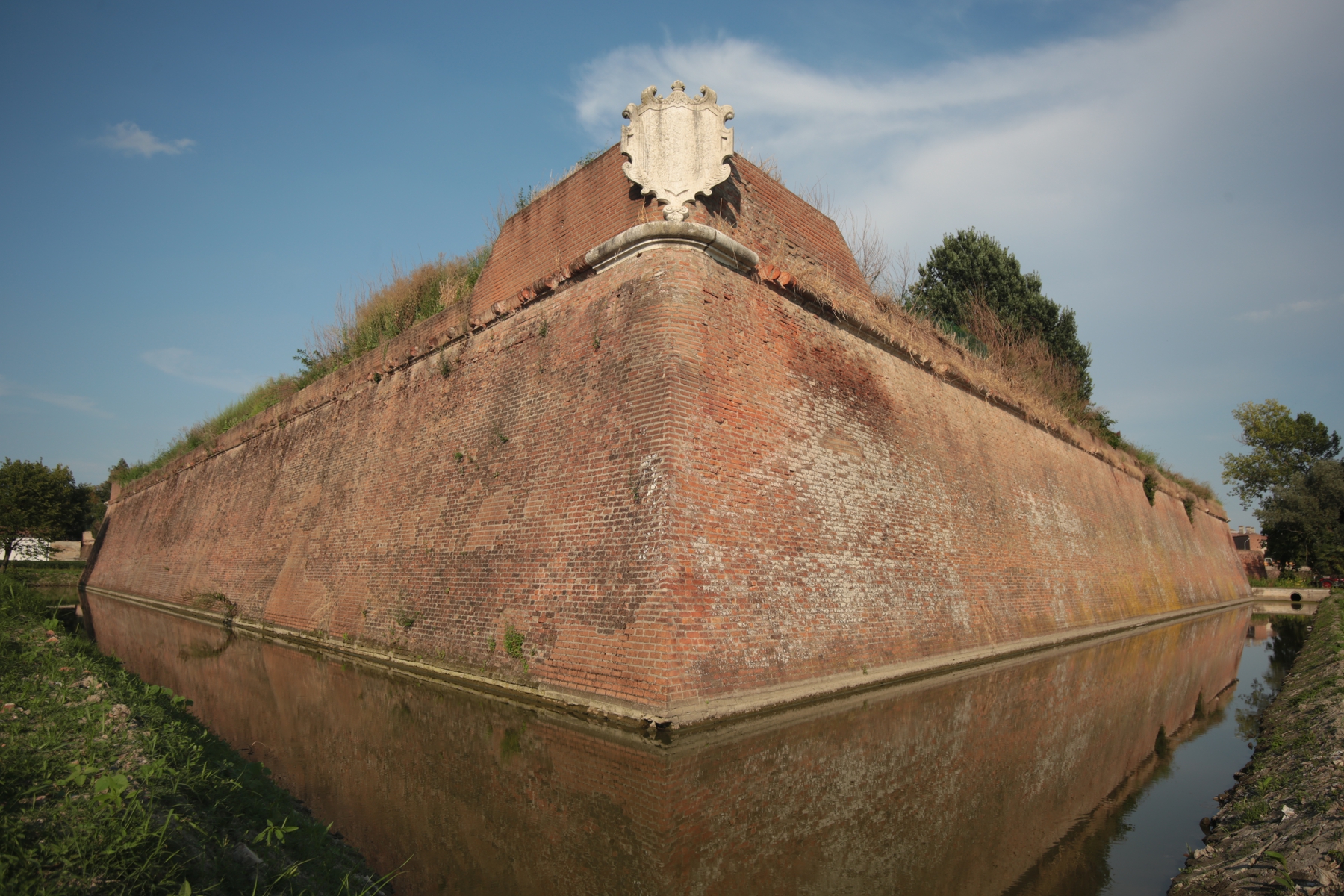 The walls of Sabbioneta and the fortress

The walls are the essential element of urban planning; they enclose the city and...

The walls are an essential part of the urban layout; they encircle the city and set the relationship between the city itself and its surroundings. They are tangible evidence of the transformation processes that affect urban planning.

Sabbioneta's perimeter wall was built between 1556 and 1589; it is an irregular hexagon in shape, with six wedge-shaped bastions at the corners, called San Nicolò, Santa Maria, San Francesco, Sant’Elmo, San Giorgio and San Giovanni. To build the city wall, Vespasiano demolished and dismantled the castle of Rivarolo Fuori (Rivarolo Mantovano).

The fortified bastion of San Francesco is undoubtedly the most complex part of the wall; it is located behind Palazzo Giardino and plays an important strategic role.

The remains of the fortress are evidence of a considerable defensive stronghold, which was demolished during the Austrian domination between 1786 and 1793. Two towers and the associated sections of wall were not destroyed, and remain today in remembrance of the massive fortress; the two truncated cylindrical towers are easily accessible via a grassy path.

In addition to the tower, there are three blocked arches, which is what remains of the bridge over the moat that surrounded the castle.

Today visitors can take a pedestrian path that follows the city wall between the two gates.