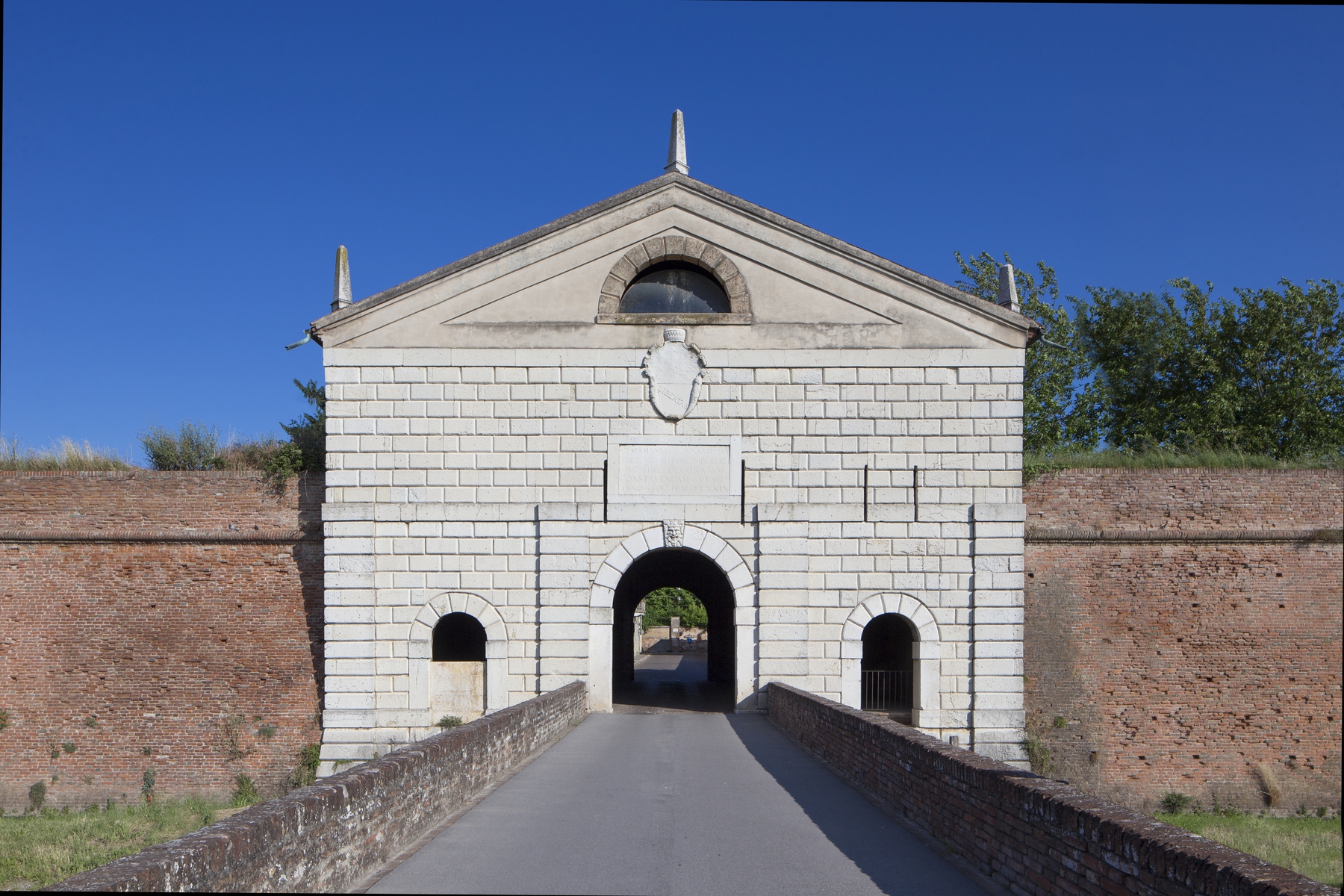 It was built during the first phase of construction of the city walls, which were completed in 1567.... 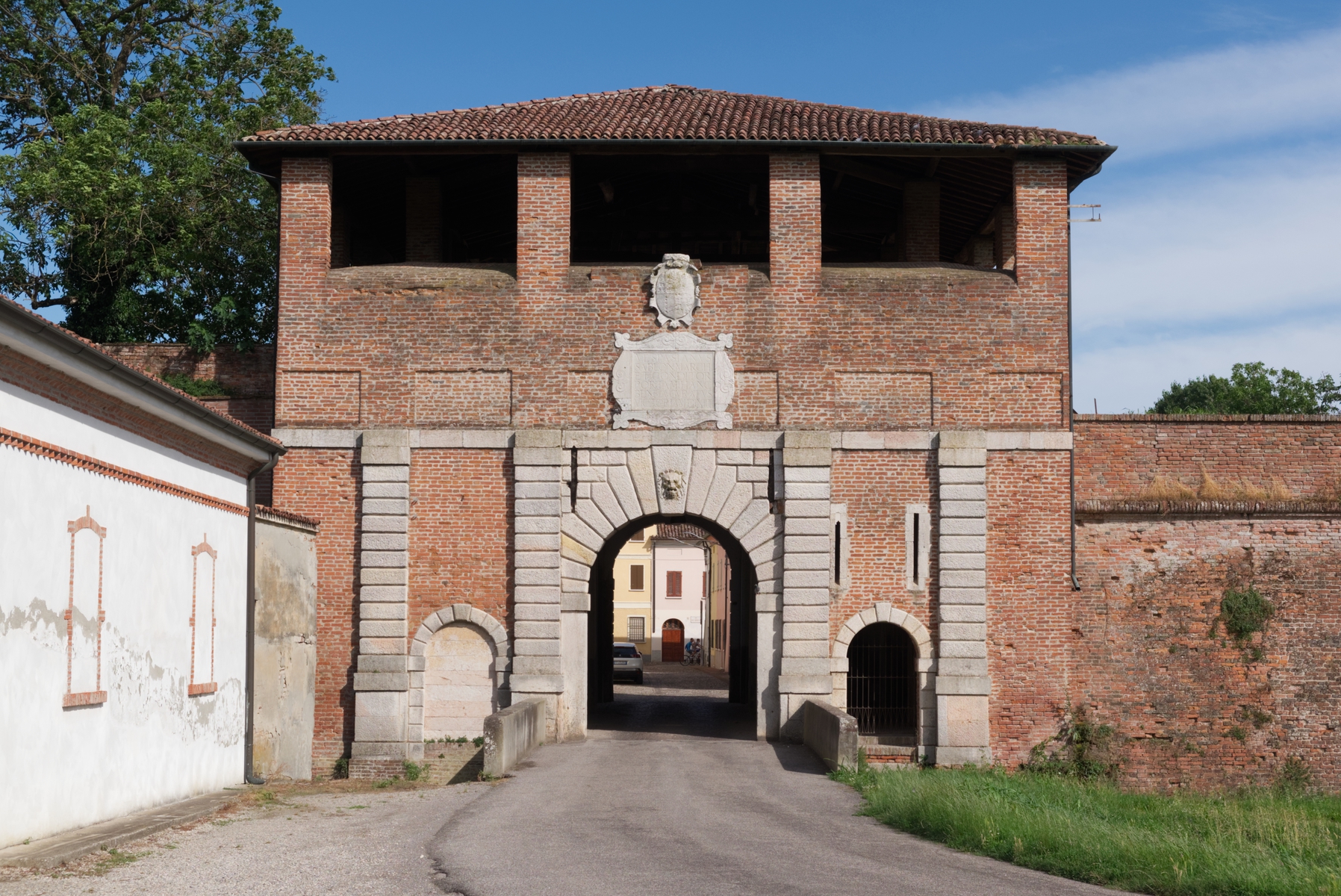 The gate was built during the initial phase of construction for the city wall, completed in 1567. It faces west, towards what was then Spanish Lombardy (Parma and Milan) and has a smooth facade of exposed brick, punctuated by four half pilasters in white marble ashlar (columns partly protruding from the wall, for decorative effect only), which features three arched openings, also edged in marble blocks.

Over the main entrance is a plaque with the epigraph:

(Vespasiano marquess and founder of Sabbioneta chose this gate as happy herald of victory).

The plaque is topped by a marble quartered coat of arms with the Gonzaga-Colonna insignia.

The upper loggia, roofed in wood, allowed soldiers to control access to the city, and features square pillars supporting the cloister roof.

An interesting fact is that until the middle of the last century, the space inside the gatehouse was used as low-cost accommodation.

This gate was built in 1579, immediately following the completion of the city's perimeter wall.

Unlike the other gate, it faces east, in other words towards the lands of the then duke of Mantua.

The facade is entirely clad in white marble ashlar, with three arched openings, and once featured two drawbridges, one of which could take vehicles.

The tympanum (triangular space above the entrance) is the result of an addition in the nineteenth century and replaces the original, which was similar to the one at Porta Vittoria.

The plaque above the main entrance reads:

(Vespasiano, duke of Sabbioneta by the grace of God, sponsored the construction of this gate bearing the name Imperial in the year of grace 1579).

Also in this case, the plaque is accompanied by the duke's coat of arms in marble, with the two-headed eagle and the word LIBERTAS, topped by the ducal cap with the radiant crown. dating back to the time when Vespasiano was elevated to the status of duke.

The interior is roofed with a series of small barrel and cross vaults.

The keystone of the main entrance beard a grotesque mascaron in marble.