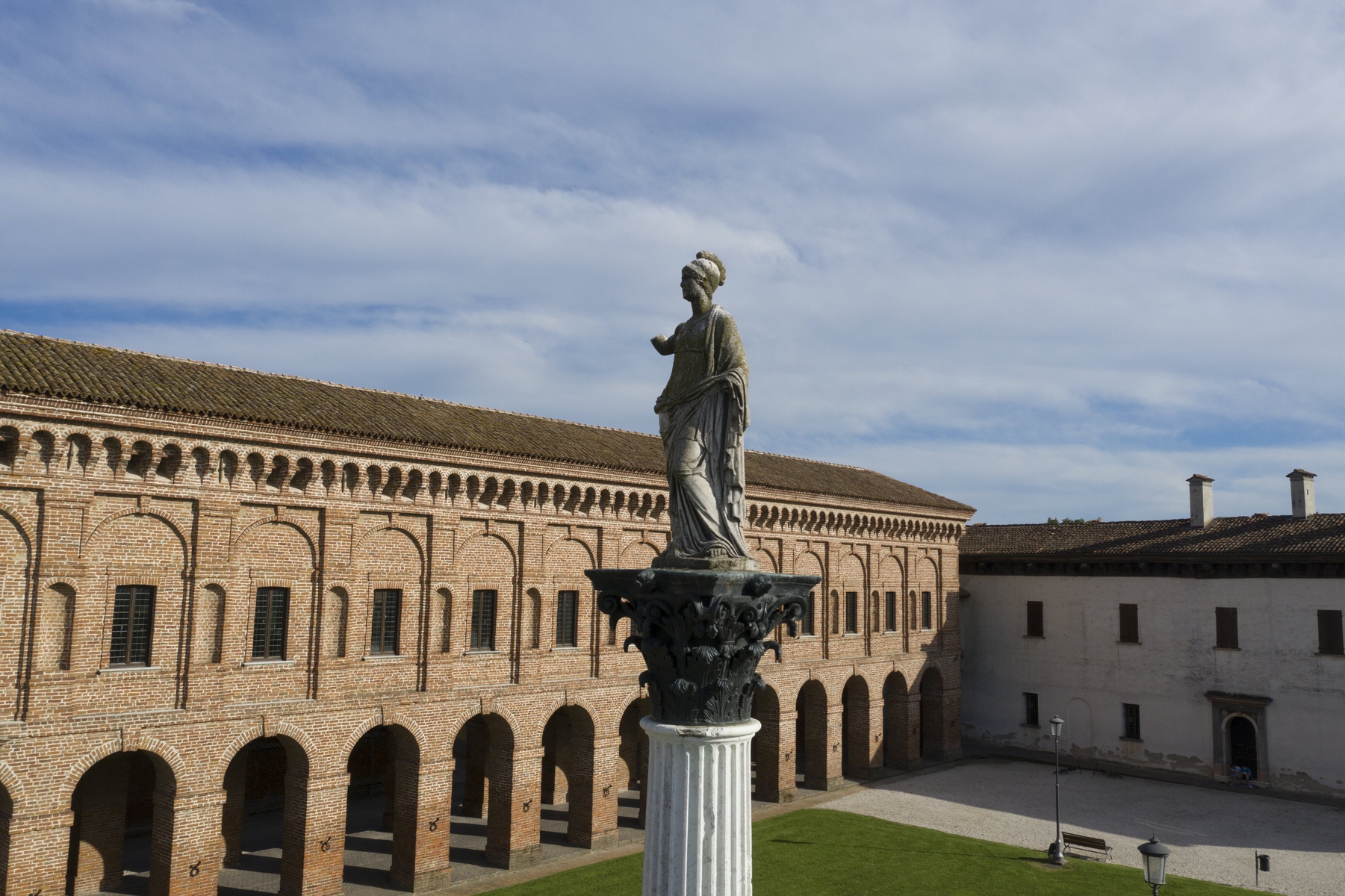 The Column with the statue of Minerva

It is a monument consisting of superimposed elements. Situated on three steps, it is...

This monument consists of a combination of several elements. Set on three steps is a parallelepiped upon which stands a Botticino marble pillar in Ionic style, with base and capital. Placed in 1584 next to the ancient Giulia road, at the meeting point of the decumanus and the cardo (the main streets), in 1931 the decision was made to re-position the pillar in the centre of Piazza d'Armi. The statue once surveyed the Palazzo Giardino; now it looks towards the centre of town. Patron and protector of Sabbioneta as goddess of wisdom, Minerva watched over the city and its residents.

The capital and base were made in 1584 by the sculptor Andrea Cavalli, as we know from the inscription on the base:

According to local tradition, this was part of the booty plundered by Luigi Rodomonte, Vespasiano's father, during the Sack of Rome in 1527 (it is also said to have come from Carthage). The exquisite statue from the late Hadrian age (2nd century AD) was bought by Vespasiano on the antiques market as part of his collection of marbles.

Due to the difficulty of dismantling and transporting the monument, the statue was spared the move to Mantua that many other items suffered in 1773-74.