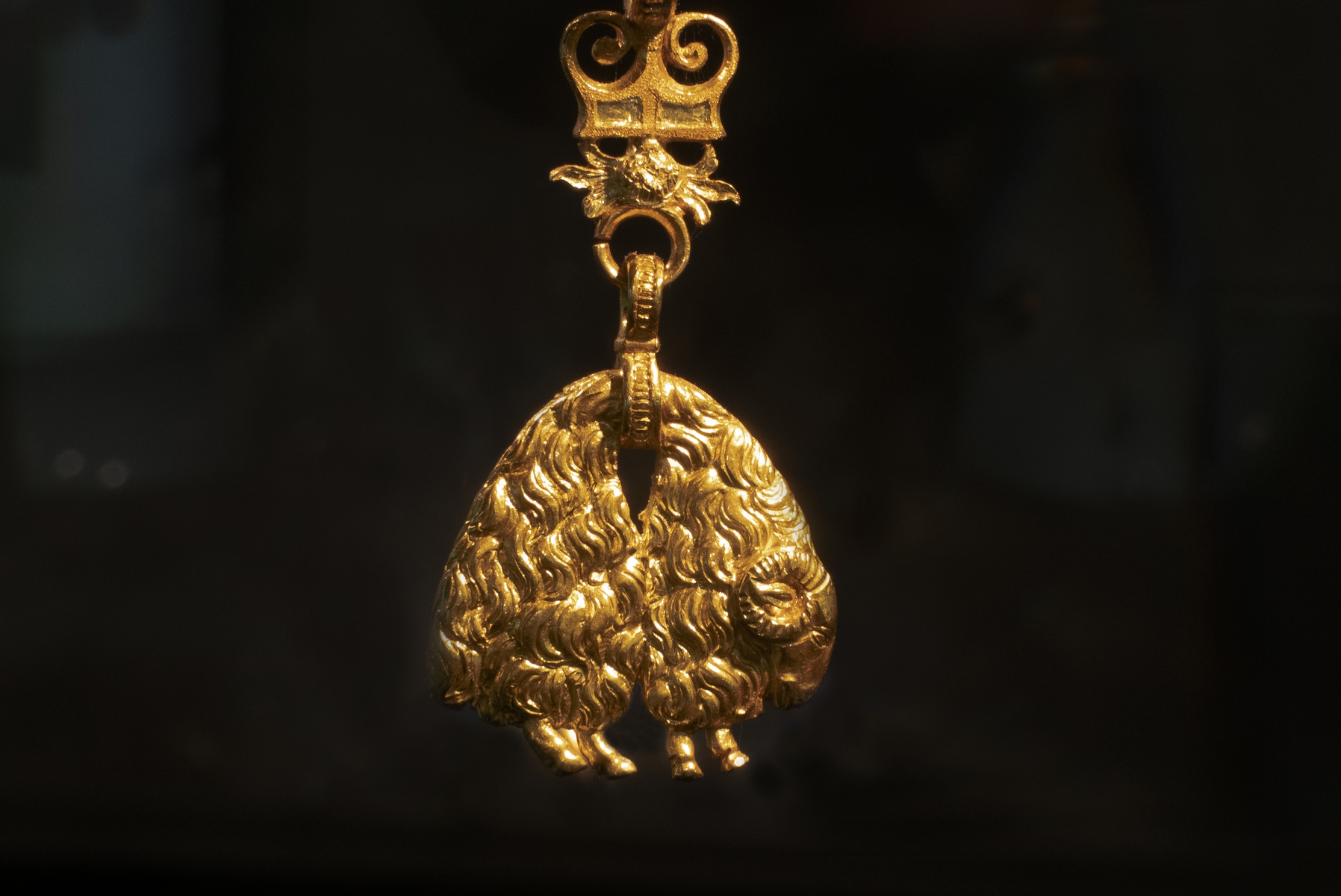 The Chivalrous Order of the Golden Fleece

Beset by adverse destiny and increasingly frequent - and devastating - illness, Vespasiano was unable to keep the promise he made to Philip II to return to his service in Spain; the king himself knew how his loyal friend yearned to return and that it was no pretext, but an actual physical impediment that prevented him.

So the king decided to free Vespasiano from his promise and reward his many years of dedication and devotion to the Spanish throne by decorating him with the most prestigious honour of the day: the Chivalrous Order of the Golden Fleece.

To represent him in the ceremony to award the collar of the Order, the king sent Duke Ottavio Farnese, who placed the legendary collar of the Golden Fleece around the neck of the Duke of Sabbioneta during a moving ceremony in Parma Cathedral on 29th September 1585.

An impressive wooden statue which is part of the famous "parade", today preserved in the Ducal Palace in Sabbioneta, shows Vespasiano Gonzaga Colonna on horseback, in his right hand the "stick of command" and on his chest the collar of the Order, recalling the primary role played by the duke in the annals of European aristocracy.

The order of chivalry was founded in Bruges on 10th January 1430 by Philip II of Burgundy, to mark his marriage to the Portuguese princess Isabella d'Aviz, and to honour individuals who had distinguished themselves by their loyalty and service to the crown.

The Order was placed under the protection of the apostle Saint Andrew, who is its patron. What made it the most important order in Europe could be seen in the extraordinary privileges granted to knights.

The insignia that identified members of the Order referred to the legend of the Argonauts, a group of Greek heroes who, led by Jason, became the protagonists of one of the most famous and gripping Greek sagas: the adventure-filled voyage on board the ship Argo to the hostile lands of Colchis, to capture the Golden Fleece.

Hence the symbolism of the Order: the sheep represents innocence and the gold is spirituality. The Argonauts' quest for the mysterious Fleece makes it an icon for those seeking greatness of spirit to purify the soul.

These are the mottoes that accompany the prestigious decoration.

"Pretium non vile laborum" (Reward for work is not improper)

"Non Aliud" (Not other) the personal of Philip, Duke of Burgundy

The collar of the Order is made of gold fire-strikers alternating with flints and bursting sparks. The lower part of the collar bears a pendant in the form of a ram's fleece and the motto "pretium non vile laborum".

Since the 16th century, the collar has been replaced with a red ribbon from which the pendant hangs.

The item found in Vespasiano's tomb was approximately 2.5 by 2.5 centimetres, and weighed just a few grammes. Analysis confirmed its authenticity (second half of the 16th century); it was made using ancient gold-working techniques: lost wax casting, cold finishing, riveting and details added with burin and chisel.